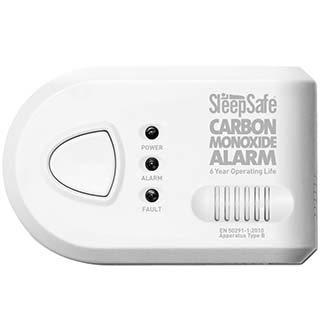 It is only faulty or badly maintained equipment which will put you at danger of carbon monoxide poisoning. Therefore, there are a number of actions you can take to protect yourself.

In theory anyone can install a stove as long as it is signed off by the local authority building department. In practice many people choose to use a HETAS approved fitter who can install your stove without additional paperwork. Initially, this is the best way to protect you from faulty/badly installed stoves. 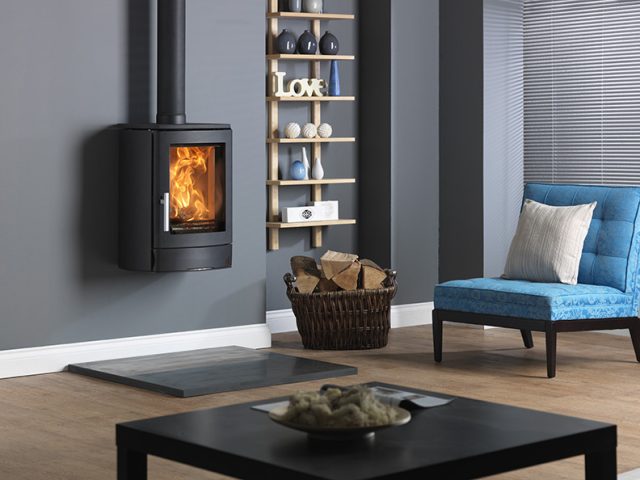 Planning permission regulations in the UK

Under normal circumstances the fitting, altering and replacing of an external flue, chimney or soil and vent pipe will be considered as permitted development. Therefore, planning permission will not be required in the vast majority of cases. However, there are a number of issues to take into consideration. 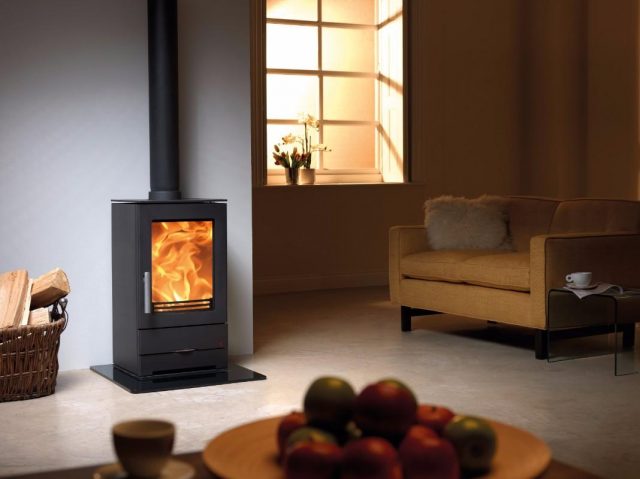 The installation of a wood-burning or multifuel stove is heavily regulated. All installations must be signed off by a HETAS qualified person or the local authority building control department. Therefore, finding a responsible and qualified installer is very important. There will be serious repercussions for those who install stoves without the necessary qualifications and paperwork.

Some of the more common issues to look out for include:-

Any sensible stove owner or stove installer would be horrified to learn that some apparently “qualified” installers have in the past used combustible materials as a register plate. We have seen instances of chipboard and other similar material used in place of steel. Aside from the fact there are tight regulations regarding the distance between your stove/flue pipe and combustible materials, this does not make sense. 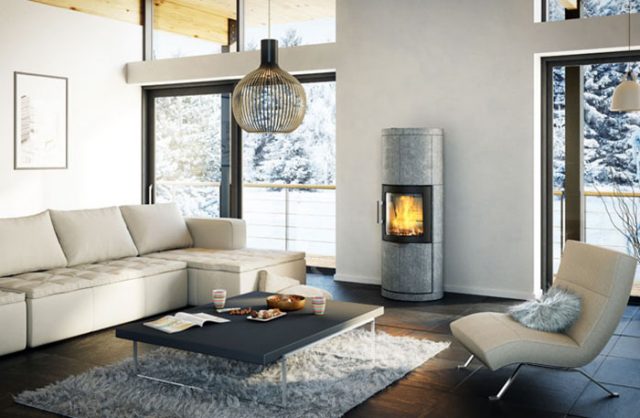 It is fair to say that when looking to buy a wood-burning stove it really does depend upon your budget, from just a few hundred pounds up to a few thousand pounds. That really is the breadth of stoves on offer today. Even though the choice is enormous in the modern day stove market, where do you start?

We will now take a look at some of the “entry” level stoves and some of the more expensive which tend to relate to contemporary machines.

It is unfair to suggest that modern day stoves towards the lower end of the cost spectrum are entry-level models. Maybe a decade ago this would have been a fair description but stove brands such as Hamlet and Firefox have taken the quality of low-cost stoves to a new level.

The price of a Firefox stove starts at around £480 for the Firefox 5 cleanburn multifuel stove (DEFRA approved) up to £850 for the Firefox 8 stove. There is also a Firefox 12 stove which, as the name suggests, creates heat output with a nominal value of 12 kW. Firefox stoves tend to focus on more traditional styles because those looking at stoves for the first time tend to focus on this type of machine. 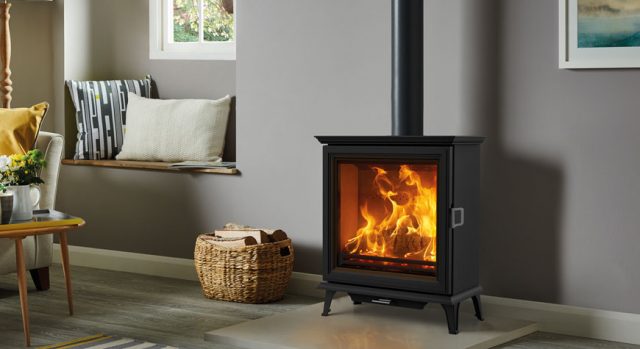 When you buy a wood-burning/multifuel stove you will be advised about the various airflow systems which maximise efficiency. It is only when you install your stove and begin to experiment with air vents that you realise the power that controlling airflow has in relation to the efficiency of your stove. So, primary, secondary and tertiary airflow systems, what do they do and why are they so important?

The primary air supply to your stove enters the machine towards the bottom of the firebox and is of greater importance when burning coal. Adjusting the air vents which control the primary airflow will allow you to find the optimum level at which the coal/wood and other fuel will burn. When you initially light your stove you will require maximum airflow to ignite the fuel. As the fuel begins to burn you can then turn down the primary airflow so as to maximise fuel efficiency and ensure your stove does not suffer from “overheating”.

Many people would suggest that the secondary air supply is more important when burning wood but it does play a role whichever type of fuel you are using. In particular, when burning wood it is essential that the firebox temperature is kept as high as possible. If the airflow used was predominantly from the primary supply this would cool the firebox and reduce the efficient burning of wood. So, the secondary air supply has a journey which takes it around the firebox so by the time it enters it is already “preheated”. This ensures that there is no interruption to the rising temperature within the firebox and the fuel is burned most efficiently. 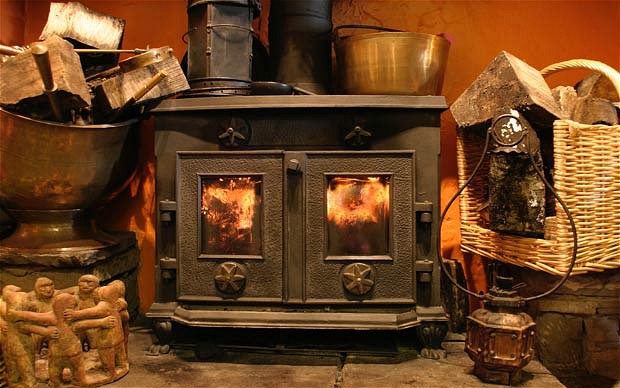 Cast iron has a strong history

Before we look at the pros and cons of the two materials it is worth looking back over the years when cast-iron was the go to metal when manufacturing a wood-burning stove. While we hear and see the figures about the heat created within a wood-burning stove, it is difficult to comprehend the stress and strain this places upon the body of the machine. The quality of steel available in years gone by was significantly deficient compared to cast-iron. As a consequence, it is only over the last 20 years or so that we have seen major improvements in the type and quality of steel available and there is now a real option for stove manufacturers.

If you are looking to install a wood-burning or multifuel stove you will no doubt come across the term “register plate”. While a relatively small element of any stove installation it is difficult to underplay the importance. So, what is a register plate, will you need one for your new stove and what exactly does it do?

What does a register plate do?

Too many people a register plate is just a simple way to box off the chimney and position your flue pipe as the gases escape up into the air. However, there is a lot more to a register plate than this!

Retaining heat in the room

If you think about it, a relatively large open chimney with a flue allowing the gases to escape is extremely inefficient. As heat rises, an enormous amount of heat which should be radiated throughout the room will simply rise up through the chimney and be lost. This has two basic effects, the core temperature in the room will be lower as a consequence of excessive heat loss and fuel bills will be higher in order to maintain a comfortable environment. 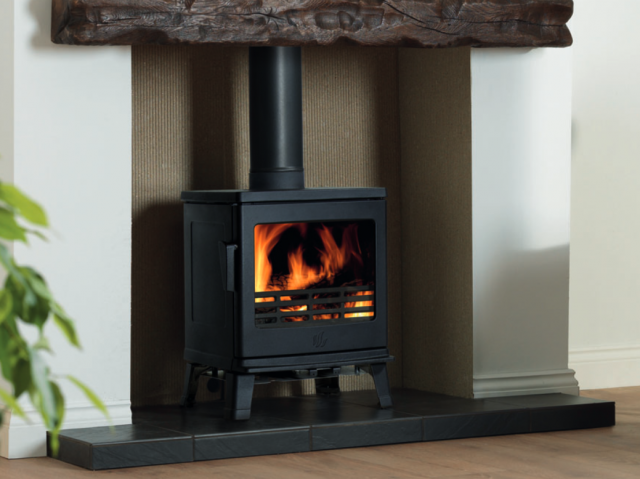 One of the major benefits of using a wood-burning or multifuel stove is to watch the flickering flames and the burning embers. This is an experience that you will not forget, the deep seated heat from your stove, the relaxed ambience which encourages you to drift off to sleep and forget your woes. However, from time to time you might experience difficulty seeing through your stove door glass which can sometimes turn black.

So, what might you be doing wrong? What can you do to ensure clear glass?

Some soot or dark patches on your glass are normal

When you bear in mind the atmosphere in which the glass operates, excessive heat for a prolonged period of time, you may well see periods of dark patches on your viewing area glass. In the majority of cases you can simply use a traditional stove glass cleaning fluid (when the stove is cold) and hey presto, the area is clear again. However, there are some common mistakes made by stove users which can lead to long-term visual impairment.

The standard Sheraton 5 Stove comes in wood-burning and multifuel variations and while just launched by the company it is certainly grabbing the attention of stove enthusiasts. The stove has a nominal 5 kW output (varying from 2.5 kW up to 7 kW) and while this is not the widescreen variation even the standard machine offers a much larger viewing area than the vast majority of stoves.

The stove dimensions are width 472 mm, height 615 mm with a depth of 372 mm. However, there is the option to acquire the extended legs which will increase the height up to 660 mm. The wood-burning stove has an efficiency rating of 78% while the multifuel version has a rating of 80%. The wood-burning stove weighs around 83 kg with the multifuel stove coming in at a slightly heavier 95 kg. 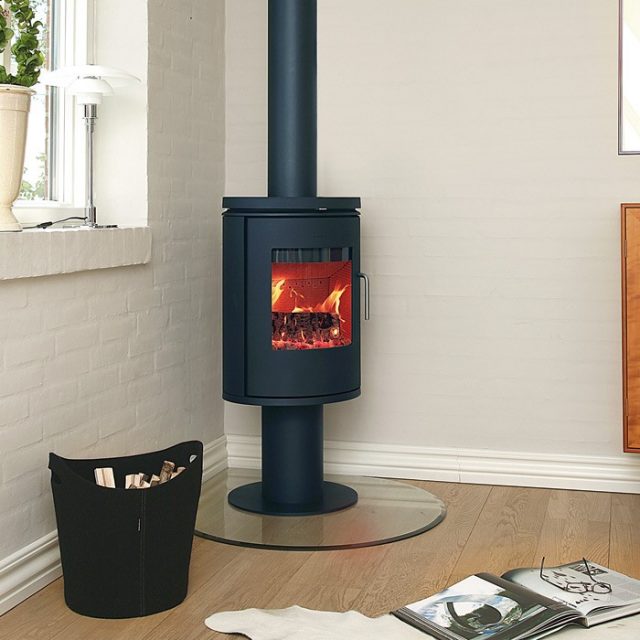 Do you pay for the brand name?

There is an ongoing debate as to whether you pay more for the brand name than you would if a glass manufacturer was able to cut glass to your exact stove size. The reality is that branded products are cut by third parties for the likes of Morso stoves. As consequence, there is a cost to the company when buying in these products and they obviously need to add their markup when selling to the retailer/customer. However, when acquiring glass direct from the glass manufacturer/customised glass provider this misses out the middleman and therefore a layer of markup is removed.

If you buy a Morso stove then it goes without saying that you feel more comfortable acquiring spare parts and replacement products direct from the manufacturer. In years gone by there were limited options when looking towards replacement glass but the introduction of the Internet and advancements in technology have reduced the cost base of glass manufacturers/custom glass cutters. As a consequence, they are able to provide identical replacement glass cut to your exact measurements and shape.